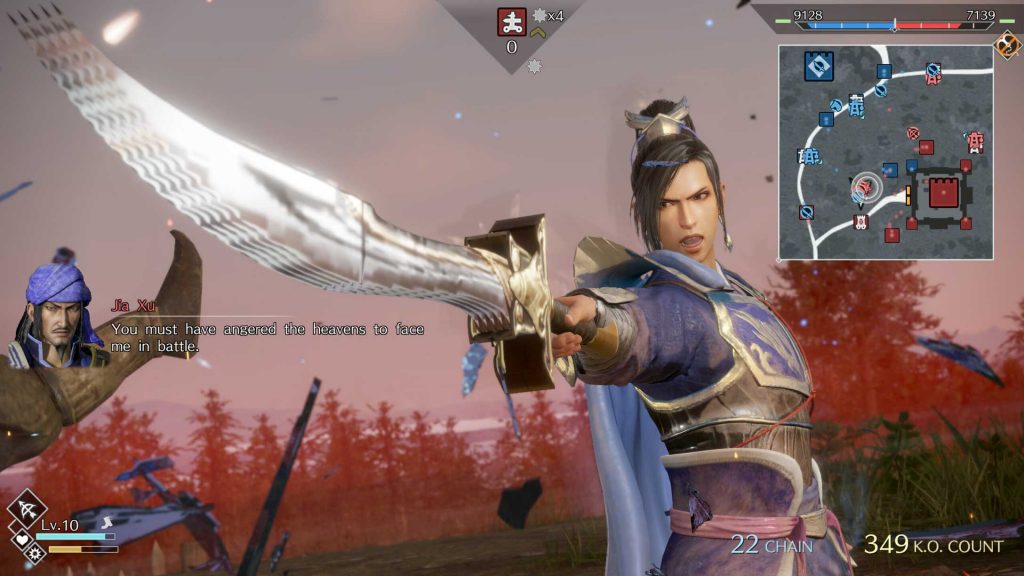 Today, KOEI TECMO Europe and developer Omega Force are excited to announce that the free-to-play demo of their upcoming tactical-action game, DYNASTY WARRIORS 9 Empires is now available on the Nintendo Switch™, Xbox Series X|S and Xbox One consoles, PlayStation®4, and PlayStation®5. The title adds strategic war elements to the 1 vs. 1,000 action of KOEI TECMO’s revered DYNASTY WARRIORS series, as gamers set out on a quest to conquer ancient China.

The DYNASTY WARRIORS 9 Empires demo features the all-new evolved castle sieges, including both invasion battles and defence. Storm the enemy castle, or fight to defend your fortress in this challenging tutorial. Virtual warlords can play through each siege scenario repeatedly to discover and develop the best strategies to overpower and outthink opponents.

In addition, fans will be able to experience the game’s in-depth edit mode, enabling gamers to create their own officers before taking them into battle. The newly created characters can then be transferred from the demo version to the full game as long as you are playing the same platform on both the demo and final product.

DYNASTY WARRIORS 9 Empires is currently in development and will release across Europe on 15thFebruary 2022 for the Nintendo Switch™, Xbox Series X|S and Xbox One consoles, Windows PC via Steam®, Google Stadia™, PlayStation®4, and digitally on PlayStation®5*.