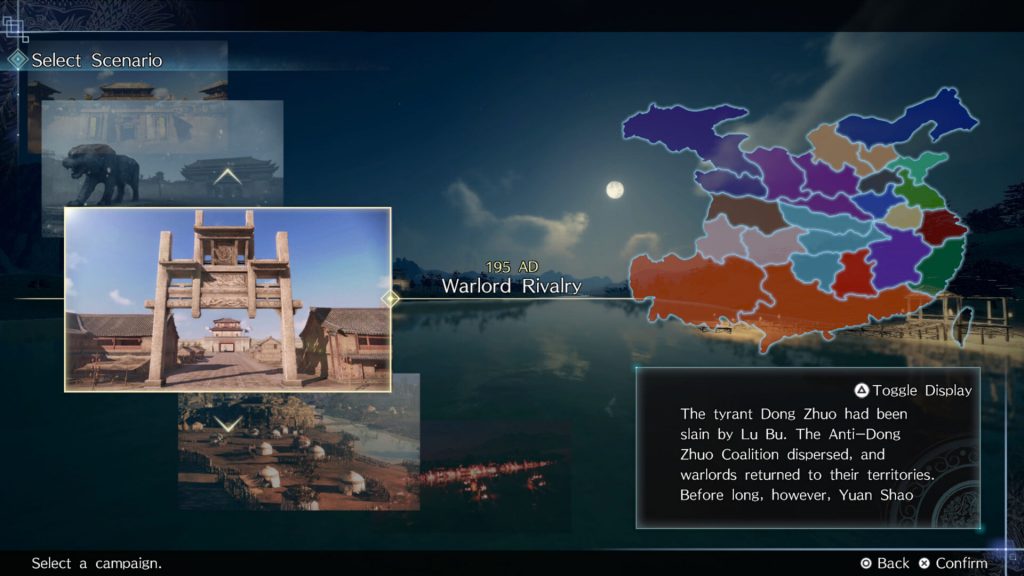 Hertfordshire, 2nd December 2021 – Today, KOEI TECMO Europe and developer Omega Force revealed the latest details on their upcoming tactical-action thriller, DYNASTY WARRIORS 9 Empires, including the first details on the ability to re-write history through scenarios. DYNASTY WARRIORS 9 Empires is currently in development and will release across Europe on February 15th, 2022 for the Nintendo Switch™, Xbox Series X|S and Xbox One consoles, Windows PC via Steam®, PlayStation®4, and digitally on PlayStation®5*. The game will also be made available for the Google Stadia™, and its release date will be announced in the near future.

DYNASTY WARRIORS 9 Empires adds tactical and strategic war elements to the 1 vs. 1,000 action of KOEI TECMO’s revered DYNASTY WARRIORS series, enabling gamers to take to the battlefield and find success with not only the sword but through a robust political system in their attempts to conquer Ancient China. The game features scenarios that transport gamers to different periods, enabling them to play through historic moments like the Yellow Turban Rebellion and the Battle of Chibi. But just because you’re playing through historic periods, doesn’t mean you need to follow history in order to be successful. Re-write your own history of the Three Kingdoms in ways you’ve never imagined, like unifying China with all officers from Wu still alive, or by assembling your favourite officers into one command, or even by sparking a rebellion to take control of the map!

Depending on play style, gamers will be rewarded with one of six titles based on reputation. After receiving your title, the affinity between you and the other officers will change, and there will even be special events to help showcase the truly good and truly evil among us. As event scenes play out, you will also be able to witness intense human drama. By deepening your relationships with your favourite officers, not only will you be able to marry them, but you can also have a child who has the ability to grow up and become an officer, enabling gamers to play through Conquest mode once again, only this time, playing as the new officer who they’ve already watched grow up inside their game.

In addition, KOEI TECMO Europe announced that DYNASTY WARRIORS 9 Empires will receive an upcoming demo before the game launches, in early 2022. In the demo, gamers will be able to experience the new evolved castle sieges, including both invasion battles and defence. Fans will also be able to try out the full version of the game’s edit mode, enabling the complete creation and editing abilities of new officers in detail before release. The edit officer data can then be transferred from the demo version to the full game as long as you are playing the same platform on both the demo and final product.