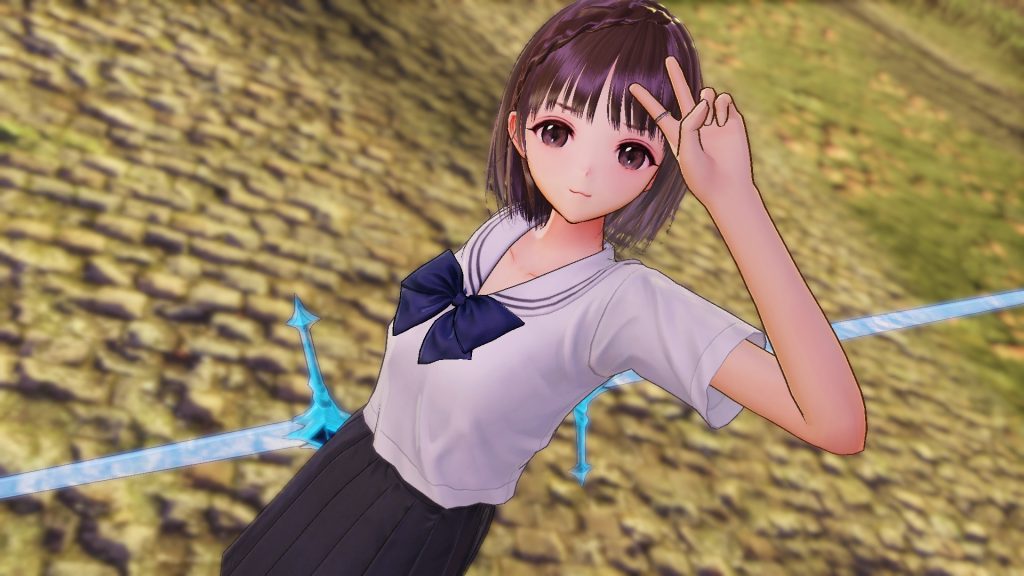 BLUE REFLECTION: Second Light follows the adventures of three students – Ao Hoshizaki, Kokoro Utsubo, and Yuki Kinjou – who find themselves transported to a mysterious floating academy, searching for clues to find their way back home, with only their names as memories. One day, a path leading to a new land appears. Since the new land surrounds the world the heroines inhabit, they refer to it as “the heart of the world” and name the unexplained new area Heartscape. Inside Heartscape, the characters will be able to find ingredients for cooking, along with materials for crafting, battle, and building special facilities inside the academy. They will also discover memory shards, and the moment Ao and her friends touch one of these enigmatic lights, the memories begin to reignite bit by bit. Collect more memory shards to uncover each heroine’s memories, while at the same time stepping closer to unlocking the mystery of this world.

But inside Heartscape also lurks danger. By battling the creatures inside this magical new land, they unlock unknown powers that only seem to deepen the cryptic nature of their surroundings. Eventually, Ao and friends will learn to use the power of mysterious rings to summon weapons, change their appearance, and become “Reflectors” ready to repel the attacking beasts in a hectic real-time battle system.

Luckily, all is not doom and gloom in the land of Heartscape, as between exploration and battling monsters, the students will be able to bond and grow deeper connections by going out on dates. The friendlier certain characters become with each other, the more conversations they will be able to have, and will even begin holding hands to display these more meaningful friendships. Throughout the adventure, the new friends cooperate and struggle to make their everyday-life as rich and as fun as possible. While spending every day trapped in this unknown world, the characters’ true feelings and personalities will be revealed, and as their bonds grow deeper, they will acquire new strengths and abilities as they attempt to find their way back home.

To keep the adventure fresh after launch, BLUE REFLECTION: Second Light will also feature three free updates arriving after the game’s initial release. The first update will hit November 23rd and will include all new Photo Mode filters, including watercolour and hatching, along with the ability to take photos of the characters in Reflector form. On December 21st, all new photo frames and idol poses will be available in Photo Mode, along with the ability to build a Photo Studio in school development, plus the addition of a more hardcore difficulty mode aptly named MUST DIE. The MUST DIE content throws the students into extremely challenging battles, where the enemies are not only more powerful, but the likelihood of the enemies dropping items also increases. Additional Photo Mode updates will also be available January 14th, 2022, including a Pixel Art filter, along with more unique poses to help add even more variety to your array of snapshots.